Have you ever seen the rolling duvet cover trick? It's extra handy if you have a massive, awkward king-sized bed like we do and have to stuff your duvet into its cover alone. I love using this method when I don't have my hubby around to help me make our bed! To cover a duvet this way, you lay down your duvet on the bed with its right side up. Then, you spread the inside-out duvet cover over the duvet with its top side down. Next, roll them both together like a giant jelly roll starting from the top. Once the whole thing's rolled, pull the duvet cover up and around the duvet and fasten it shut. Then, unroll everything and you should have a completely covered duvet! 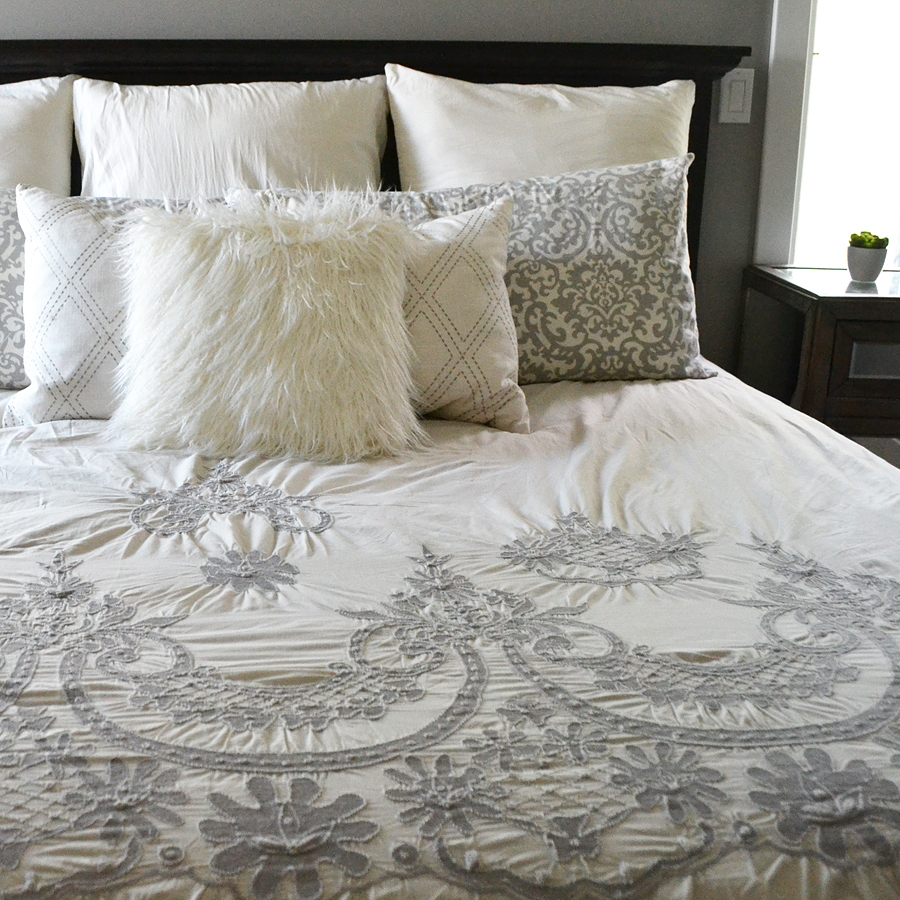 Need to see how it's done? Watch this super-quick video below to see how to cover a duvet the easy way using this duvet rolling hack:

Let me know if you've tried this before or you're going to give it a shot, and stay tuned to my YouTube channel and The Brick's Facebook page every Tuesday for more simple home decor & DIY tips.