It’s the second week of April, and there is still a thick layer of snow on the ground. I live in Northern Alberta, but this year’s “Spring” seems extra wintery.

I could be grouchy, I could make a giant stink, or I could throw on my flats and pretend it’s not there: 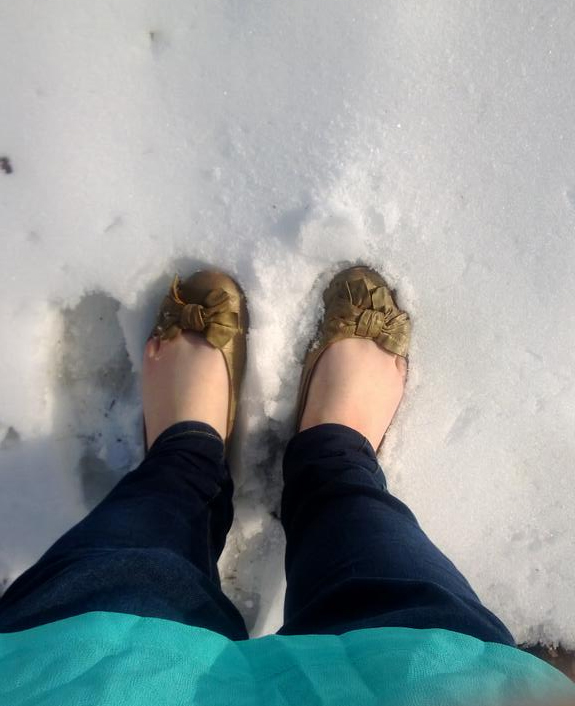 Truthfully though, it is really hard to keep the kids occupied and my brain in a happy state when the snow refuses to leave.

Here are some ideas on how to keep little ones happily occupied when it’s still cold outside, and everyone has a massive case of cabin fever.

All of these involve little to no money, and I was lucky enough to be asked to test drive the new Nokia Lumia 620 over the last couple of weeks. This cute little smart phone helped make being out-and-about fun and easy during this snowy spring! It’s compact, has a ton of great navigation tools, and a sleek design that keeps me connected to my social media. The battery life has been impressive so far and I’m having fun playing with the camera features (like “Smart Shoot” which can pick the best expressions from people to make the perfect group photo). 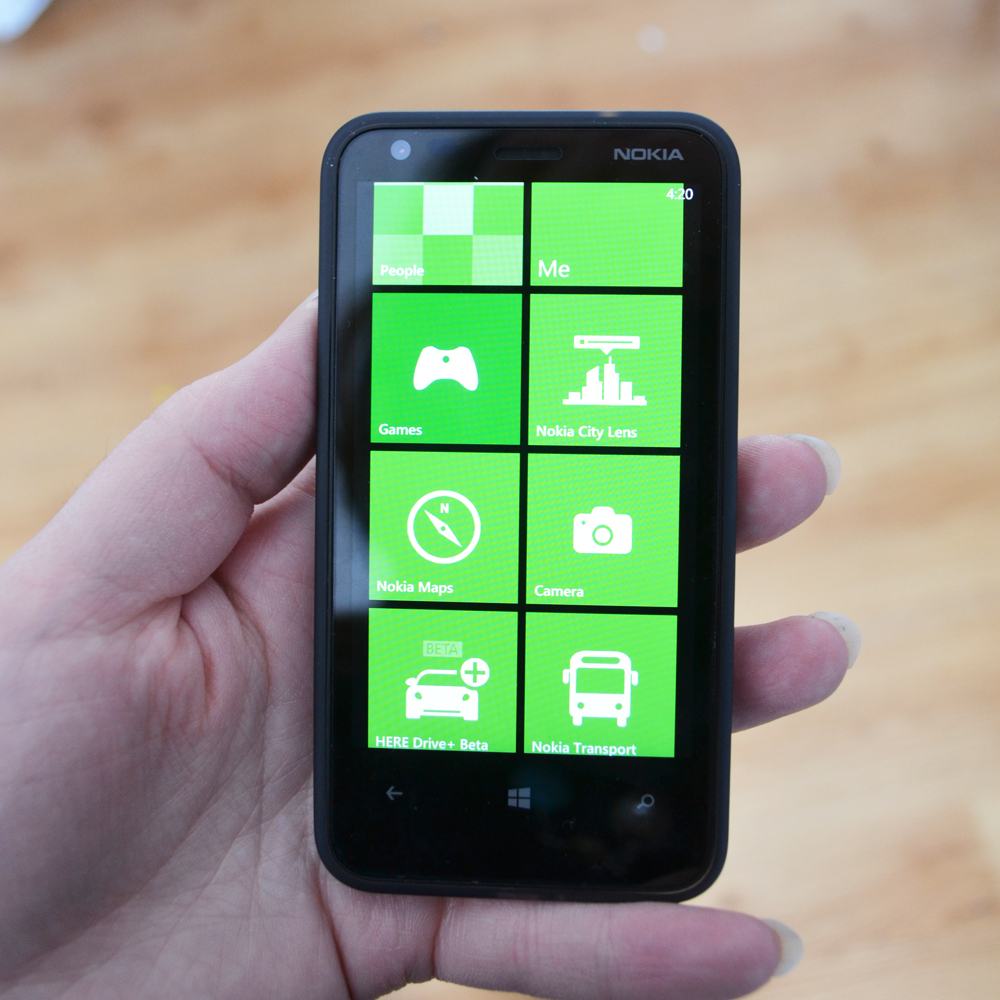 Go window shopping. Since we’re building our house right now, a trip to Ikea this week was a perfect activity. Baby A just started walking last week, so she couldn’t get enough of their wee carts! 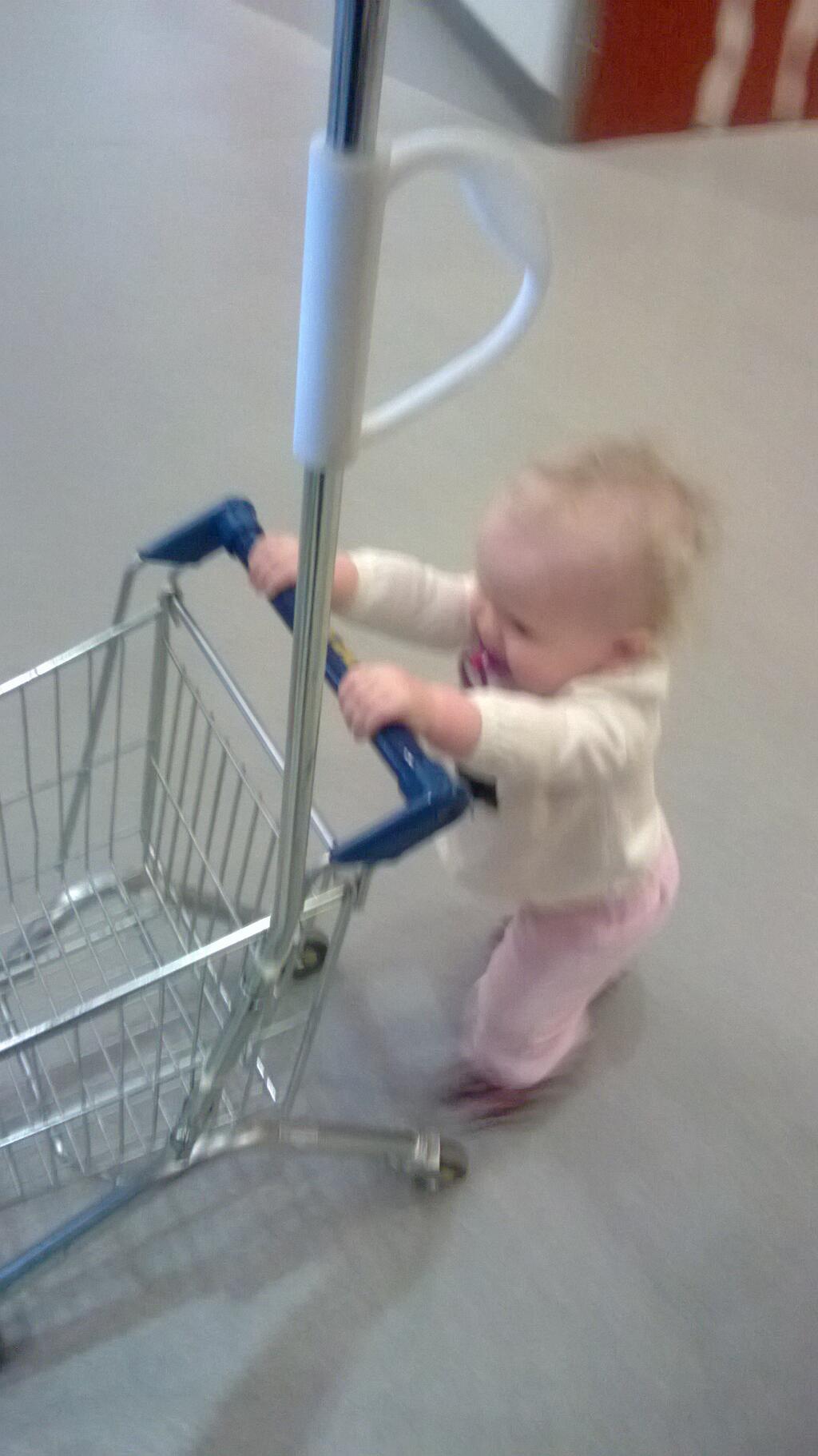 Find a mom’s group in your area that has playdates. We have a fun one at our church every second week where the kids can go crazy in the basement with toy cars and trucks and us moms can have a nice visit together. 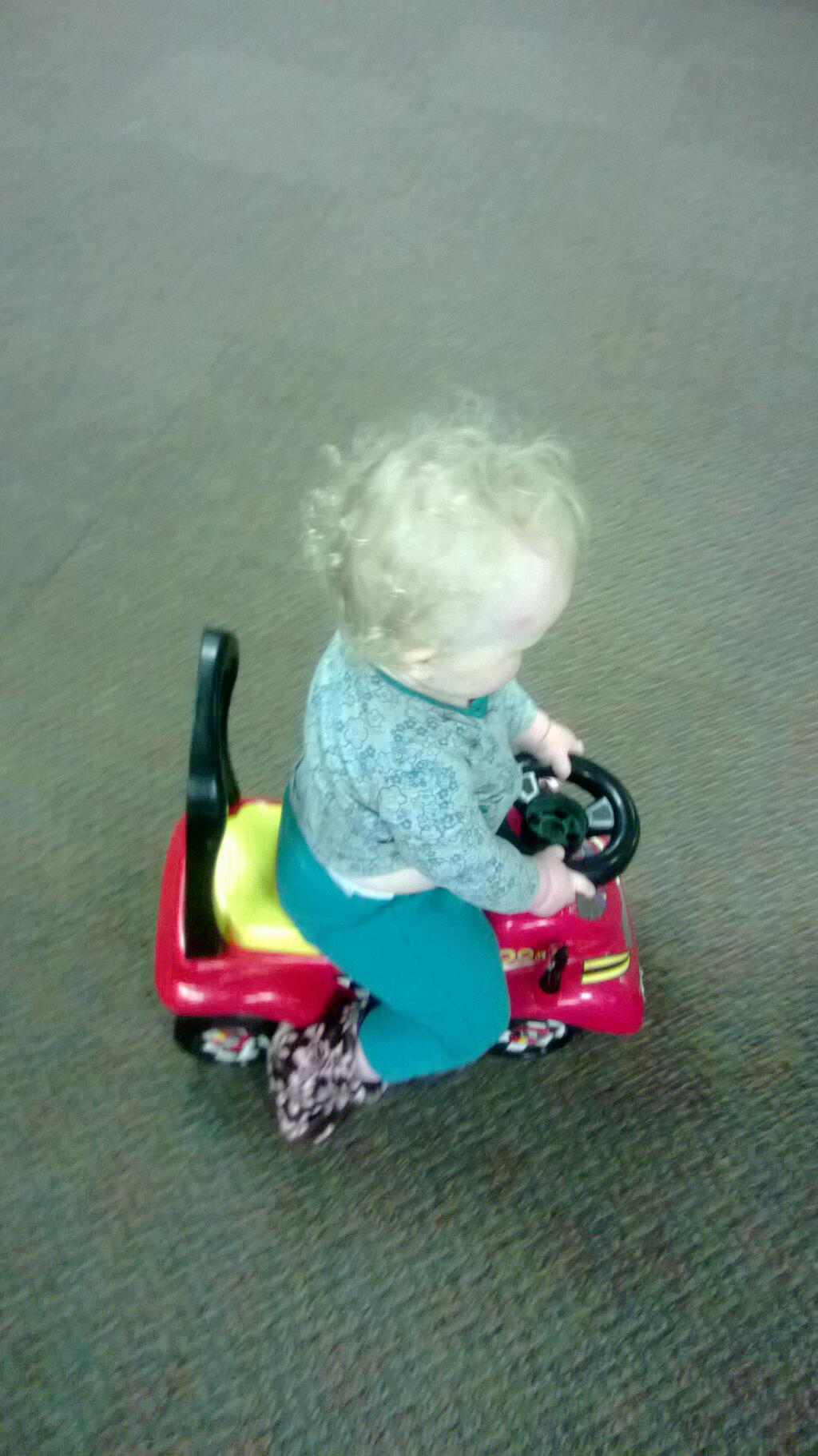 (Baby A is truckin’ it. This was also shot with my new Nokia Lumia 620 which has some great built-in camera features.)

Try out new places to eat. I was able to use my new Nokia Lumia 620 “City Lens” feature to locate some new restaurants in our area to try. It’s so cool – you can choose what you’re looking for (for example, restaurants), and then hold up the phone as it locates possibilities for you. It’s perfect for a directionally-challenged mom like me! 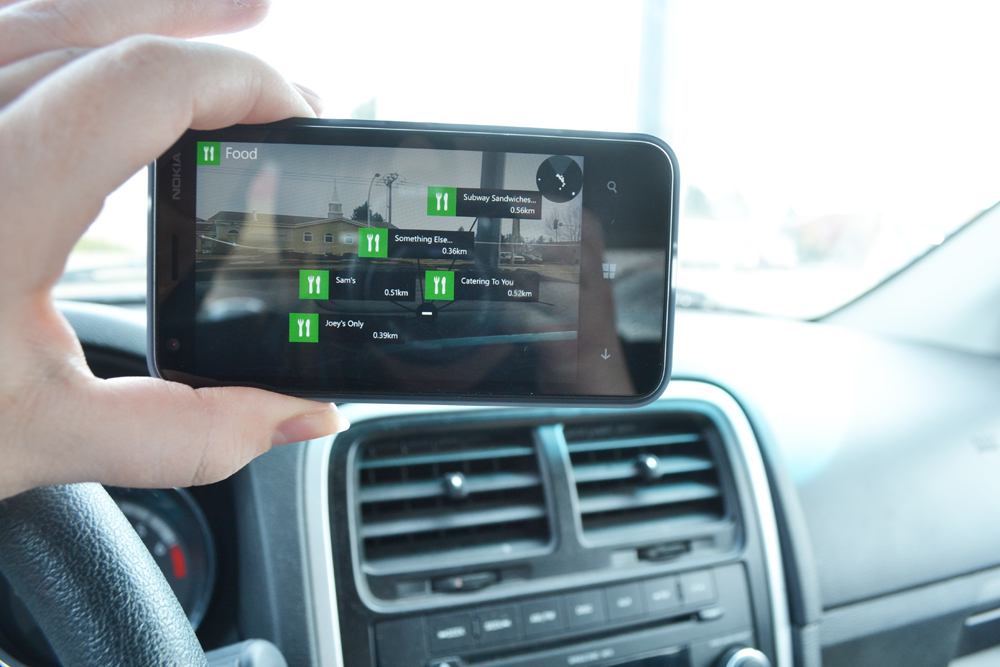 Go to the library (ours has entertaining classes for tots) and read some books and borrow some movies. 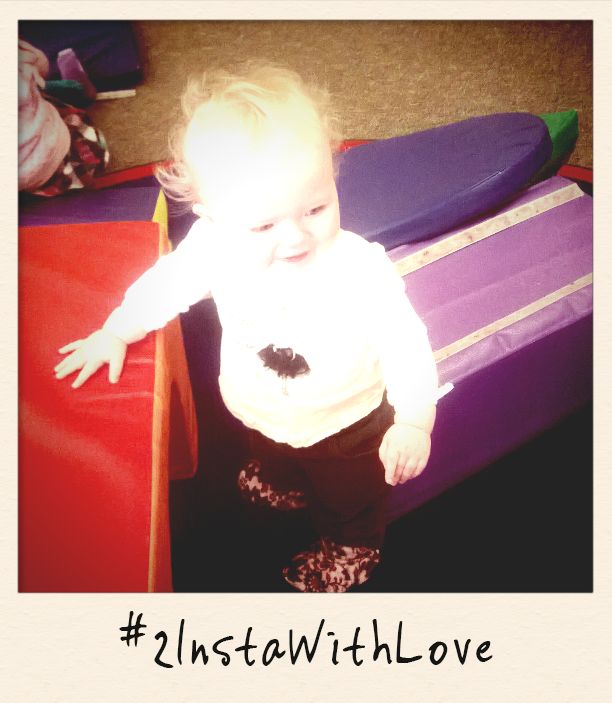 Here’s Baby A playing with big blocks at our library. One of the things that I missed from this phone were apps for Instagram and Pinterest (I’m an addict), but I’m hoping they’ll come very soon to Windows phones! Meanwhile, my brother told me about the #2instawithlove movement, so I had to post a photo there.

Play games. You can vary different media and play all sorts of fun games at home. Get physical with a good ol’ game of hide-and-seek, try some toddler-friendly board games, or load up some word recognition games on your smart phone.

One of my favourite features of the Nokia Lumia 620 is the “Kid’s Corner”. You can create a spot just for your child that they can easily access with a swipe. You choose what apps you want in their little corner, and they can’t access anything else on the phone. Brilliant! Little C and I loaded her Kid’s Corner with educational apps, and she was happy to learn and play. 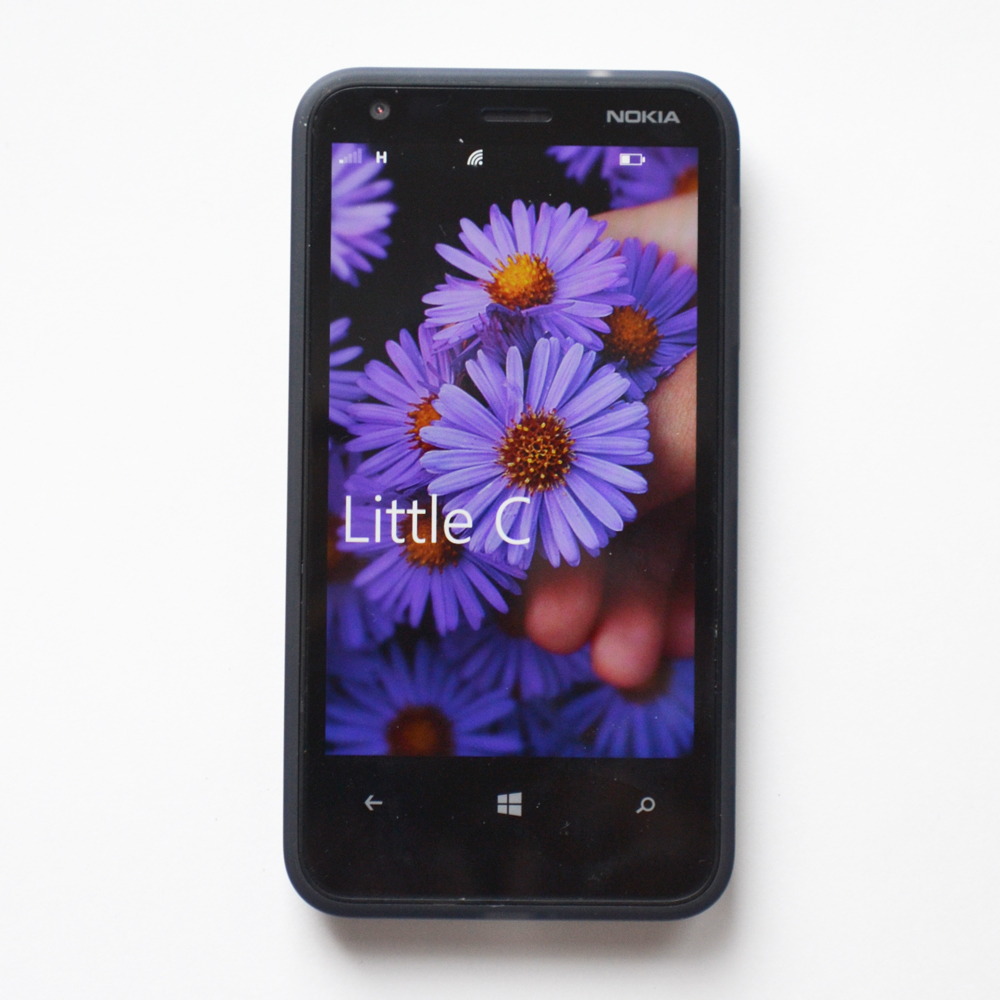 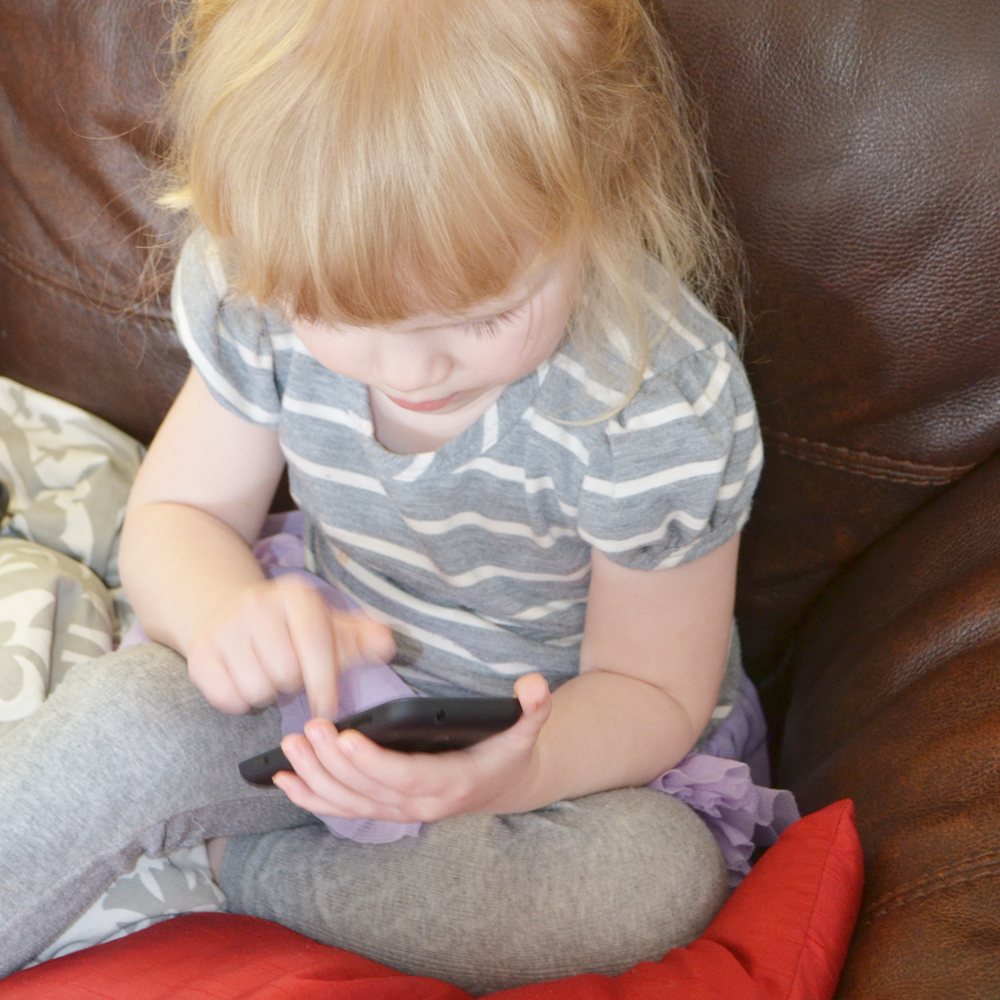 Bundle up, head outside and embrace the snow. When you live in a chilly climate like I do, you really do learn to have fun in the snow. Even if it’s just for a half hour, you can bundle up the kiddos from head to toe and go on a sleigh ride, go for a walk, swing on some swings or just sit in the snow and play Eye Spy.

What are your favourite activities to do with your kid’s when it’s snowy & cold outside?

Disclosure – I am participating in the Nokia Easter Break blog tour by enCompass Media on behalf of Nokia. I received compensation as a thank you for participating and for sharing my honest opinion.

Christina is a crafty mommy to three little girls, a wife to one handsome hubby, and they all live in a home they built themselves in rural Alberta, Canada.

Close
We use cookies to ensure that we give you the best experience on our website. If you continue to use this site we will assume that you are happy with it.OkRead more