It's hard to find lunches and suppers to make that are both fast and nutritious. Often, it's one or the other but not both! One way I've found to cut down on cooking time is to steam foods in my Panasonic Steam Convection Oven. It's a really quick way to cook foods like veggies and fish, and the results are really tender and tasty - especially if you seal your food up in a parchment paper packet. Yum! One of my latest favourites? Steamed lemon pepper fish and asparagus packets. I can prep these in no time at all, and steaming them in the packet locks all the flavours in. Let me show you how easy it is to make these fish & asparagus packets. They're such a quick and nutritious option for lunch or dinner! 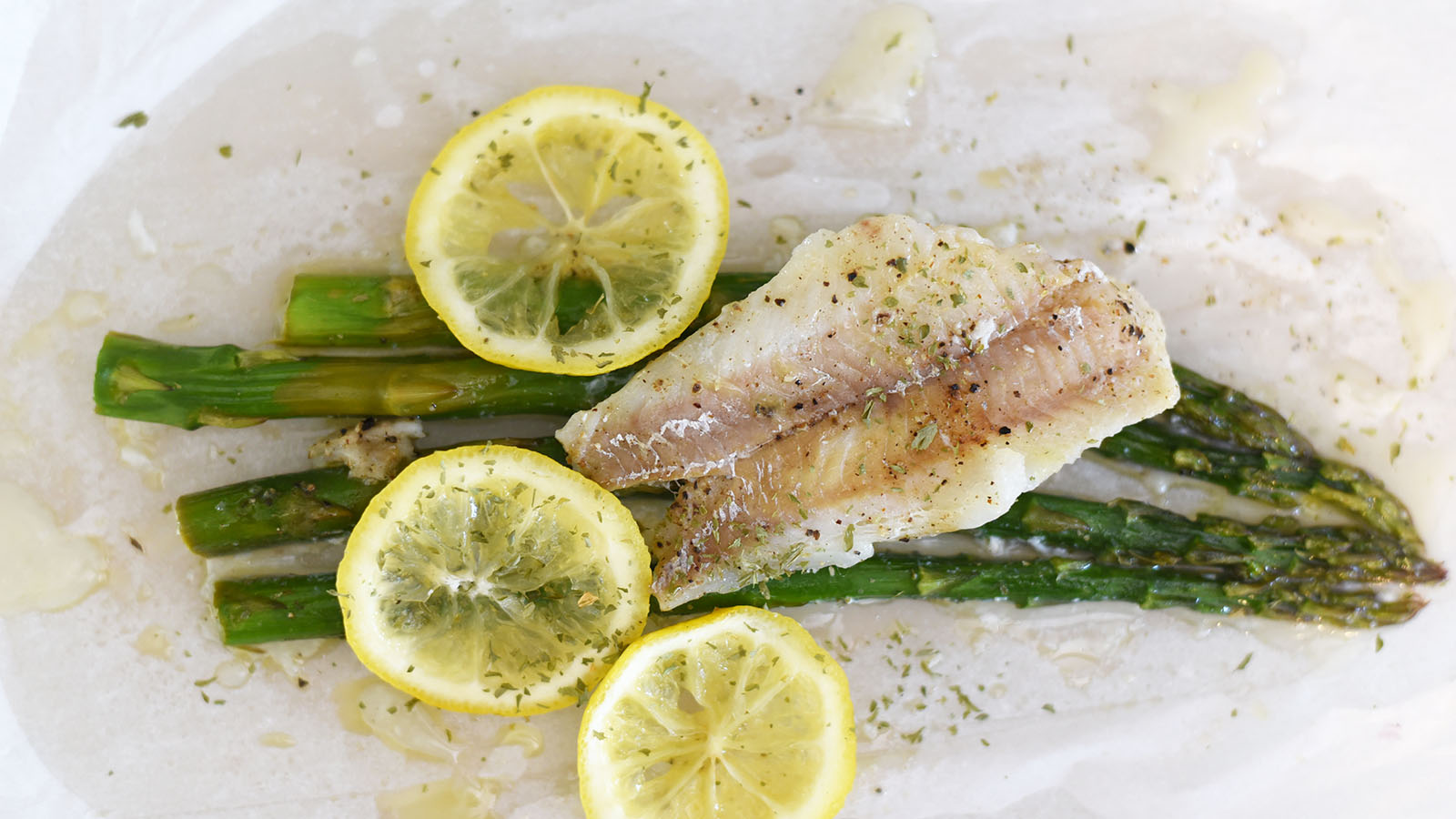 I like to use a bit of olive oil in this recipe, but the cool thing about steaming this dish is that you don't have to use any oil if you don't want to. The steam keeps the fish and asparagus nice and moist. 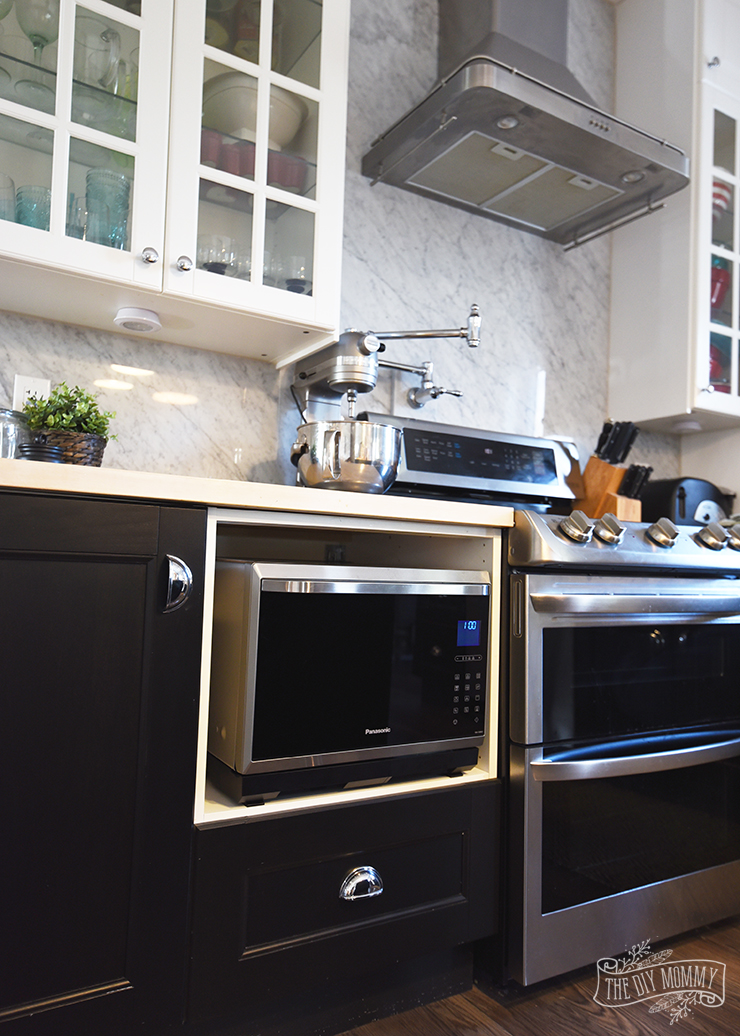 The Panasonic Steam Convection Oven is a nifty tool that I've really enjoyed experimenting with. Not only does it have a steam and microwave setting that works perfectly for this fish and asparagus dish, but it also has a grill setting, a convection oven setting, and it functions as a regular microwave. There's even lots of sensor cooking options that allow you to pop in things like meat, chicken, popcorn and potatoes and the oven will cook them to perfection with the touch of a button.

My hubby and I are also enjoying the sensor reheating feature on the oven for our leftover food and drinks. It takes out the guesswork when we're warming up our coffee and yesterday's dinner! One of my other favourite parts of the oven is the defrost feature - it defrosts my meats so nicely before I prepare them. (I use this feature a lot because I've been so horrible at advance meal planning lately!) 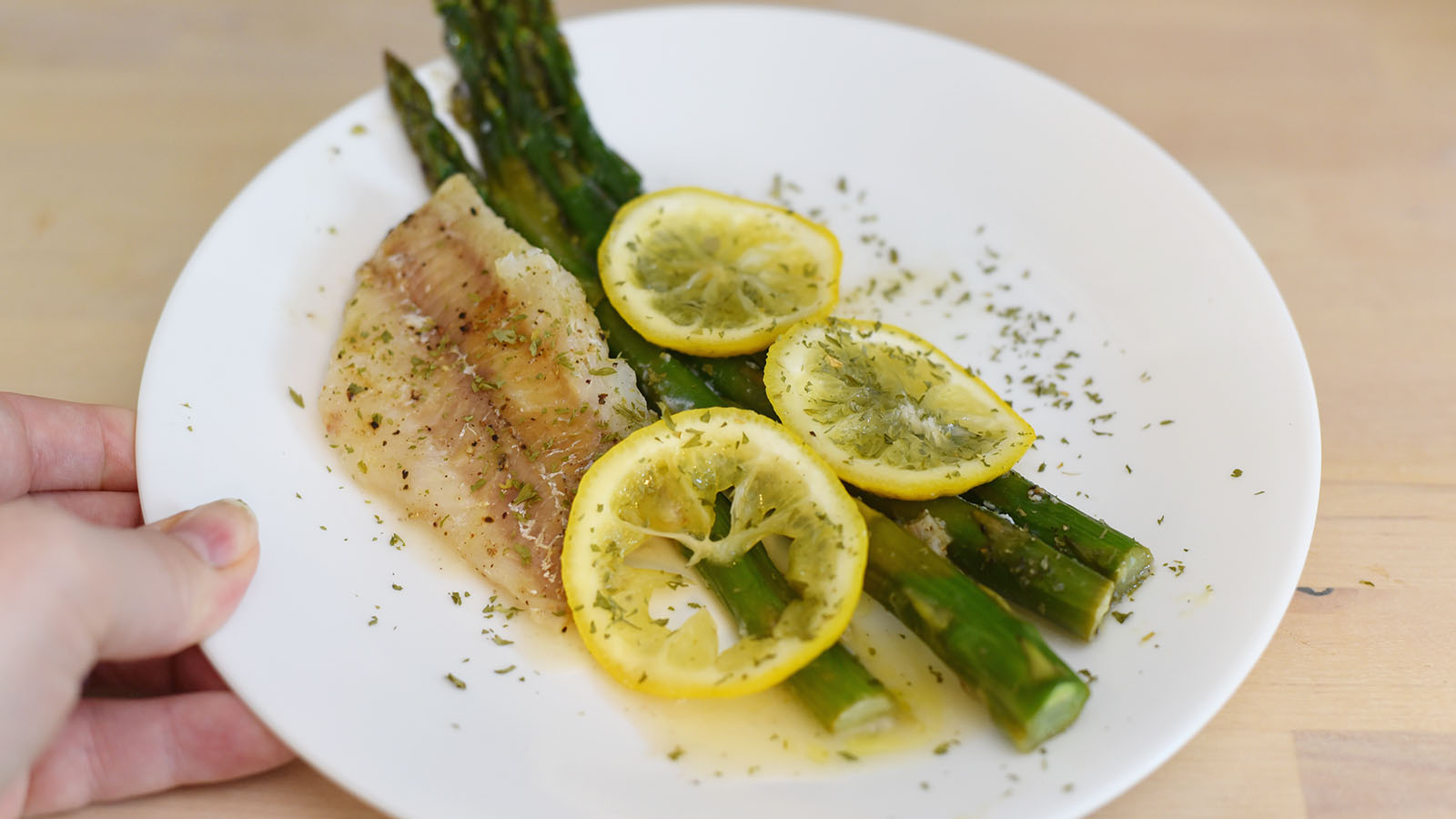 I generally have a hard time cooking fish just right, but I really like how the Panasonic Steam Convection Oven 300W microwave + steam setting cooks my fish.

And my-oh-my is it good over some asparagus spears and topped with lemon and pepper! I also throw on a smidge of olive oil and sea salt because I love those flavours. 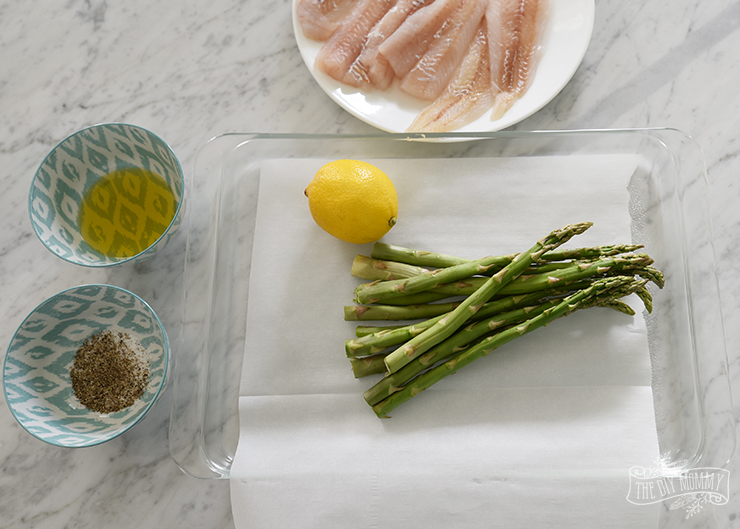 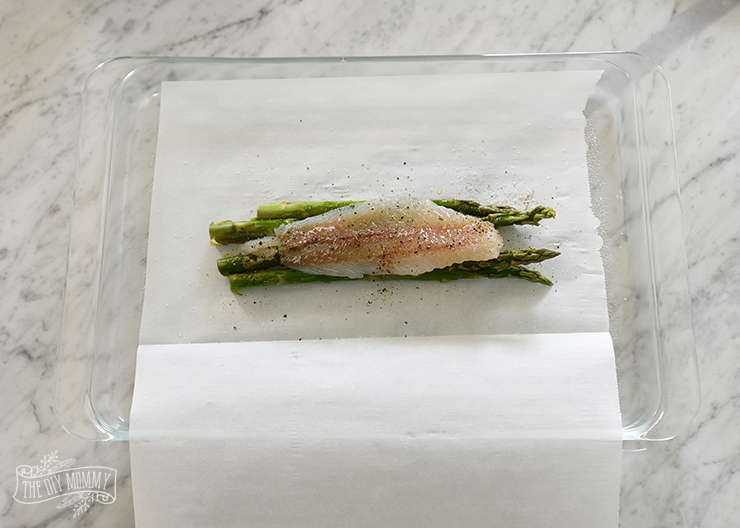 To prepare this dish, I simply lay a large rectangle of parchment paper on the glass tray insert of the oven. Next, I lay some asparagus spears on that, brush them with a little olive oil, rest a fish filet on that, and then sprinkle with a little more oil, salt, and pepper. 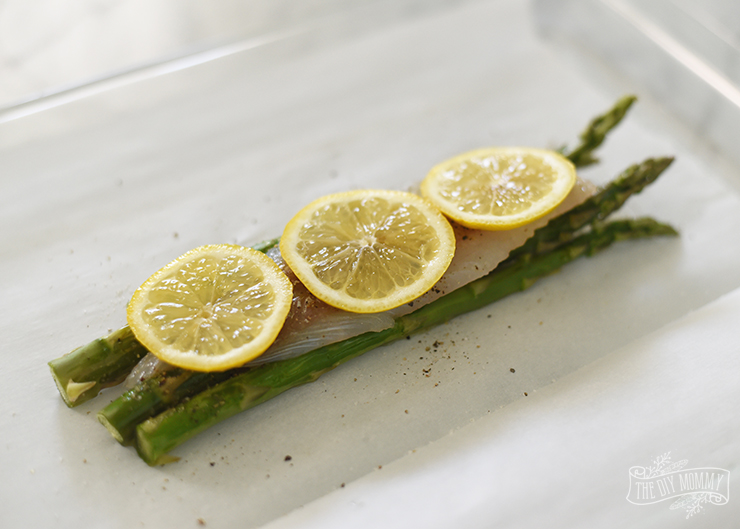 The final touch is a few slices of fresh lemon for a tangy treat. 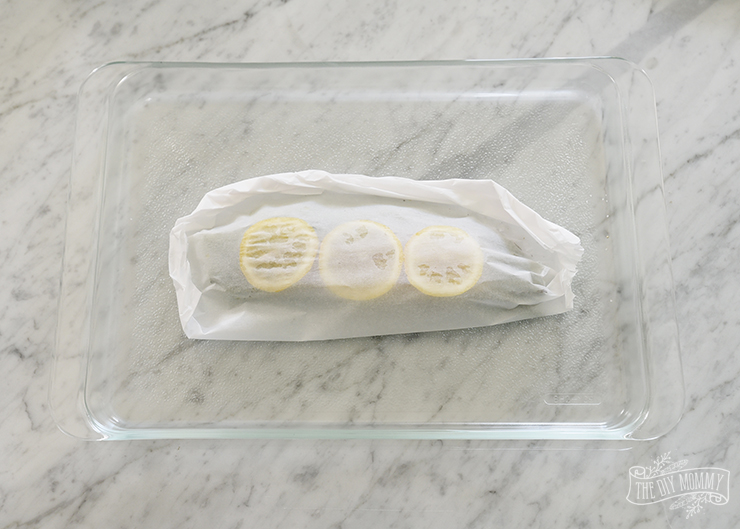 I fold the parchment paper over the whole thing and seal it all around the outside by pleating and pinching the paper. 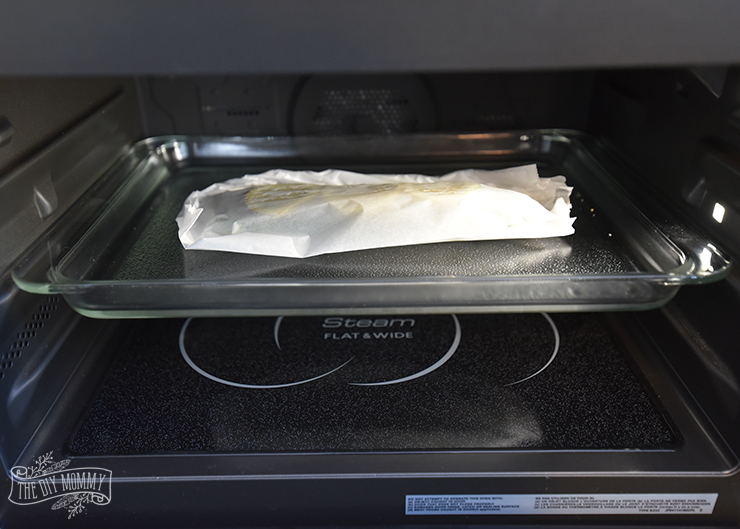 Finally, I pop the whole thing in the Panasonic Steam Convection Oven on the 300W microwave + steam setting for 10 minutes. When it's done, I open up the packet, sprinkle on a little parsley and serve. 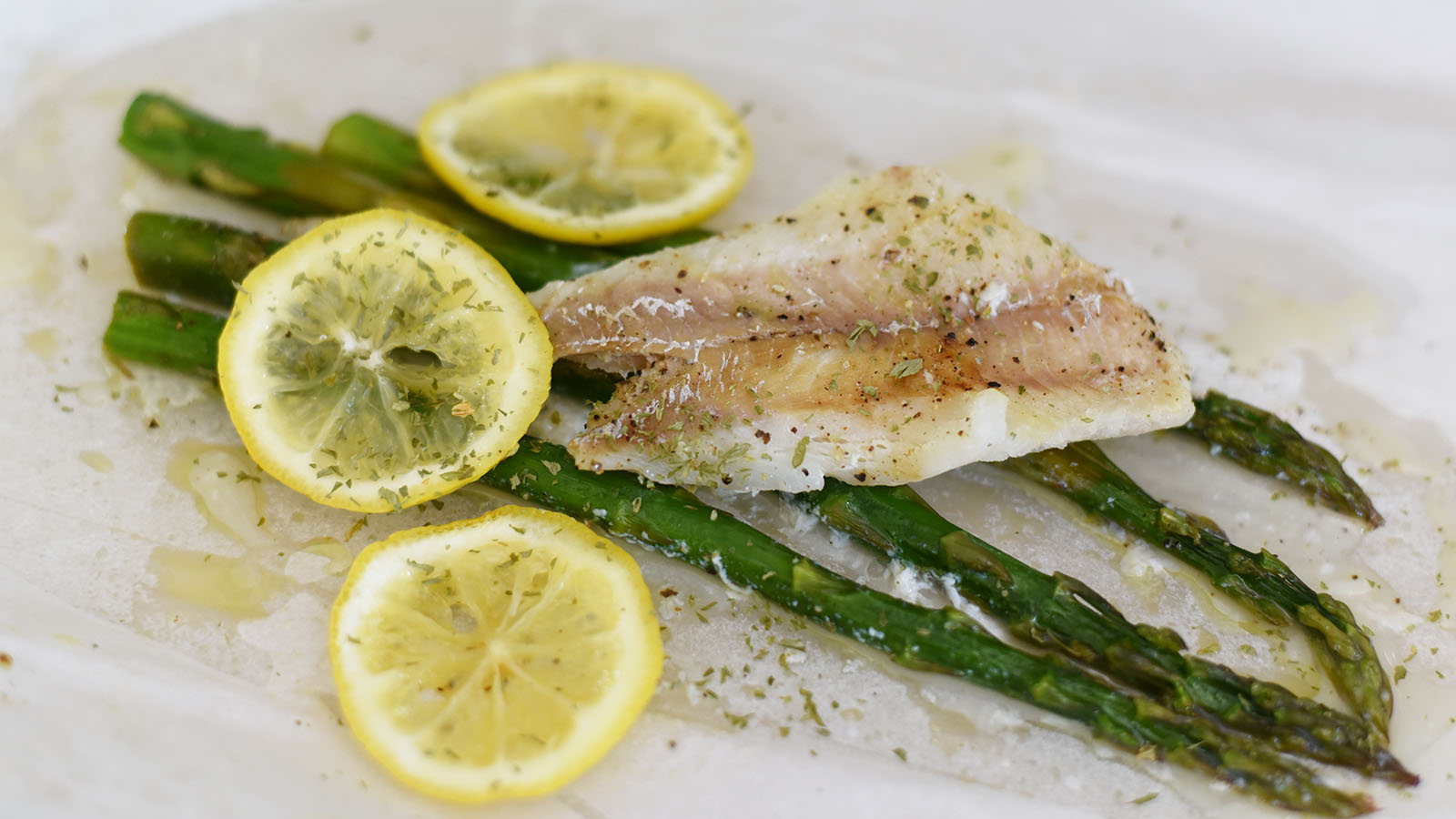 Here's a little video on how to make this steamed lemon pepper fish & asparagus packet:

A parchment paper packet and steam locks in the flavour of this light fish & asparagus dish.
Ingredients
Instructions
3.5.3217
Disclaimer: This post is sponsored by Panasonic. As always, all of the opinions here are my own. I only recommend companies that I use and love myself.

We use cookies to ensure that we give you the best experience on our website. If you continue to use this site we will assume that you are happy with it.OkRead more