Do you know how to make pumpkin pie from scratch? It sounds intimidating, but it's actually straight forward and a lot of fun. Here's my favourite fresh pumpkin pie recipe! 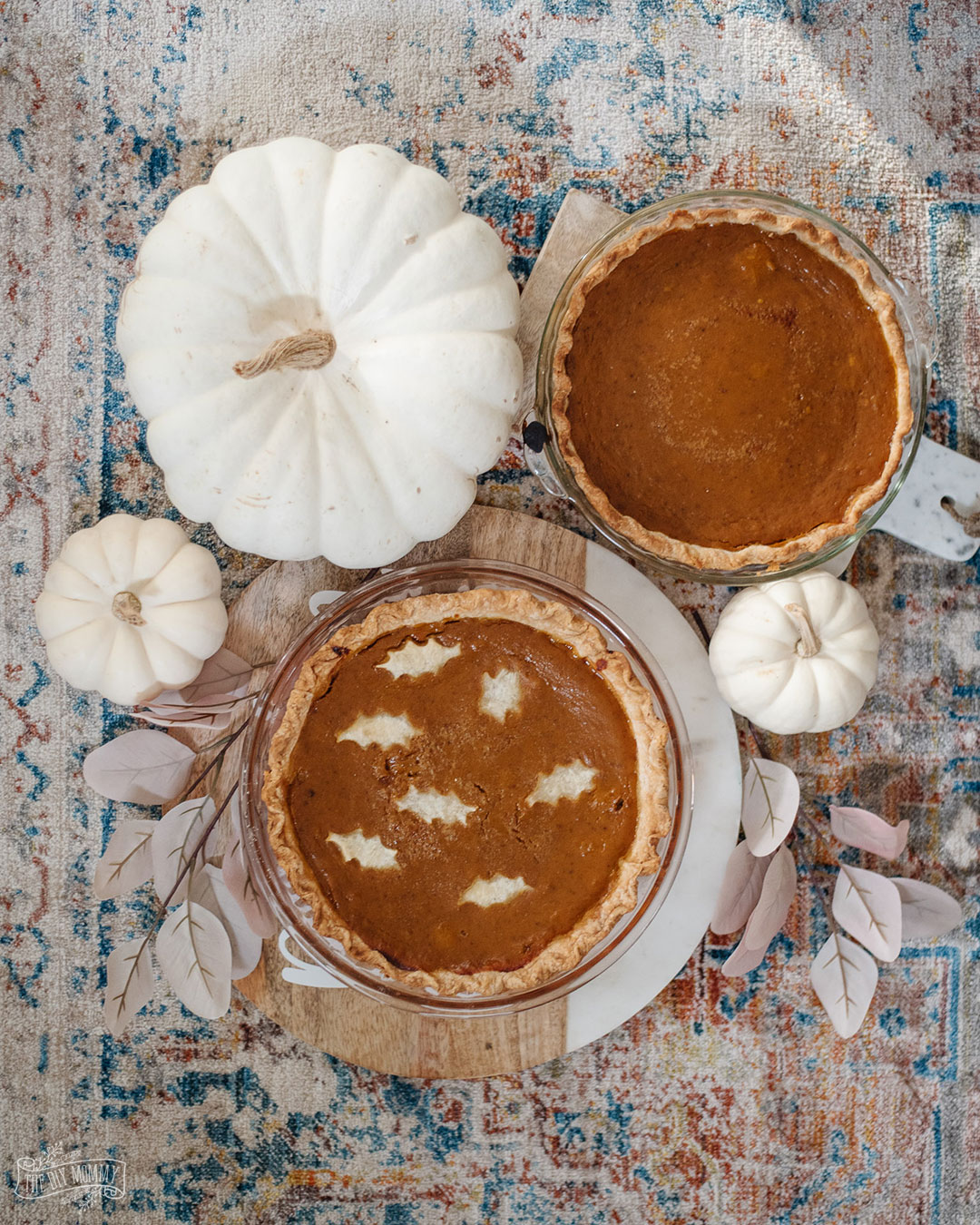 This blog post is part of a seasonal blog hop. Make sure to check out all of the other Fall recipes from my blogging friends linked at the bottom of this post! 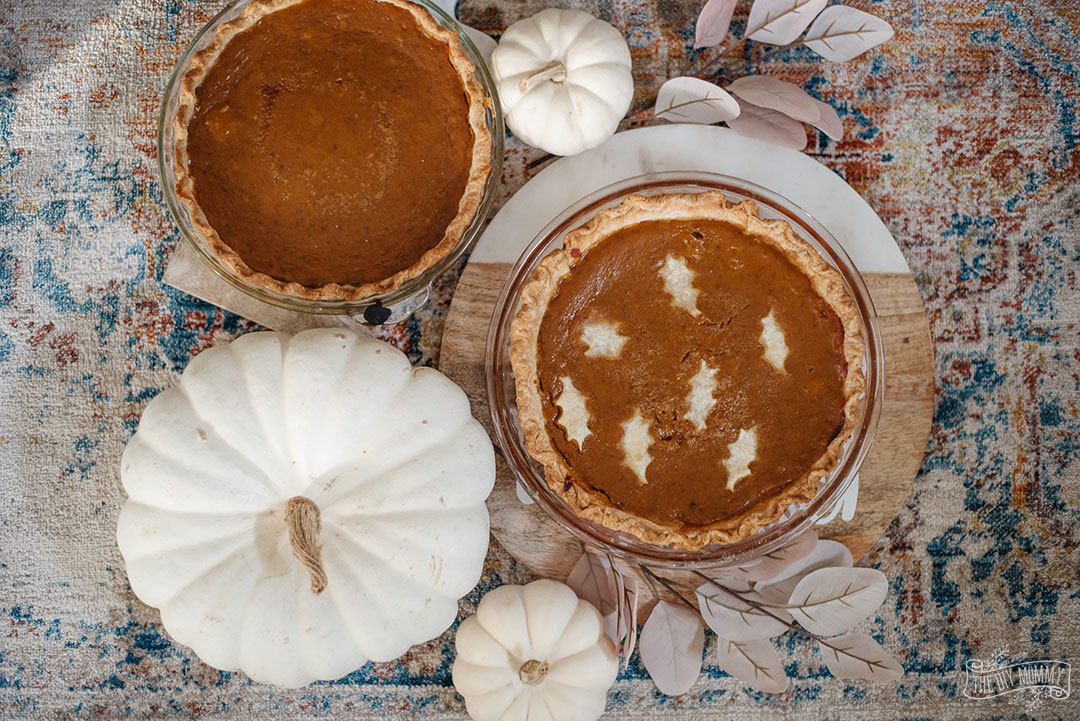 The first step to making a pumpkin pie is to make the pastry for the crust. It's always a good idea to make extra pie crust and freeze some for later. That's what I usually do when I'm making pie because I find creating the crust to be time consuming. Here's my favourite pie crust recipe (I usually double it and roll & freeze two pie crusts for later):

It may sound intimidating to create puree from a whole pumpkin, but it's actually a lot of fun! I like to make extra puree, freeze it, and use it in other recipes throughout the season. To make the pumpkin puree, first cut a pumpkin in eighths and scoop out the seeds with a canning lid: 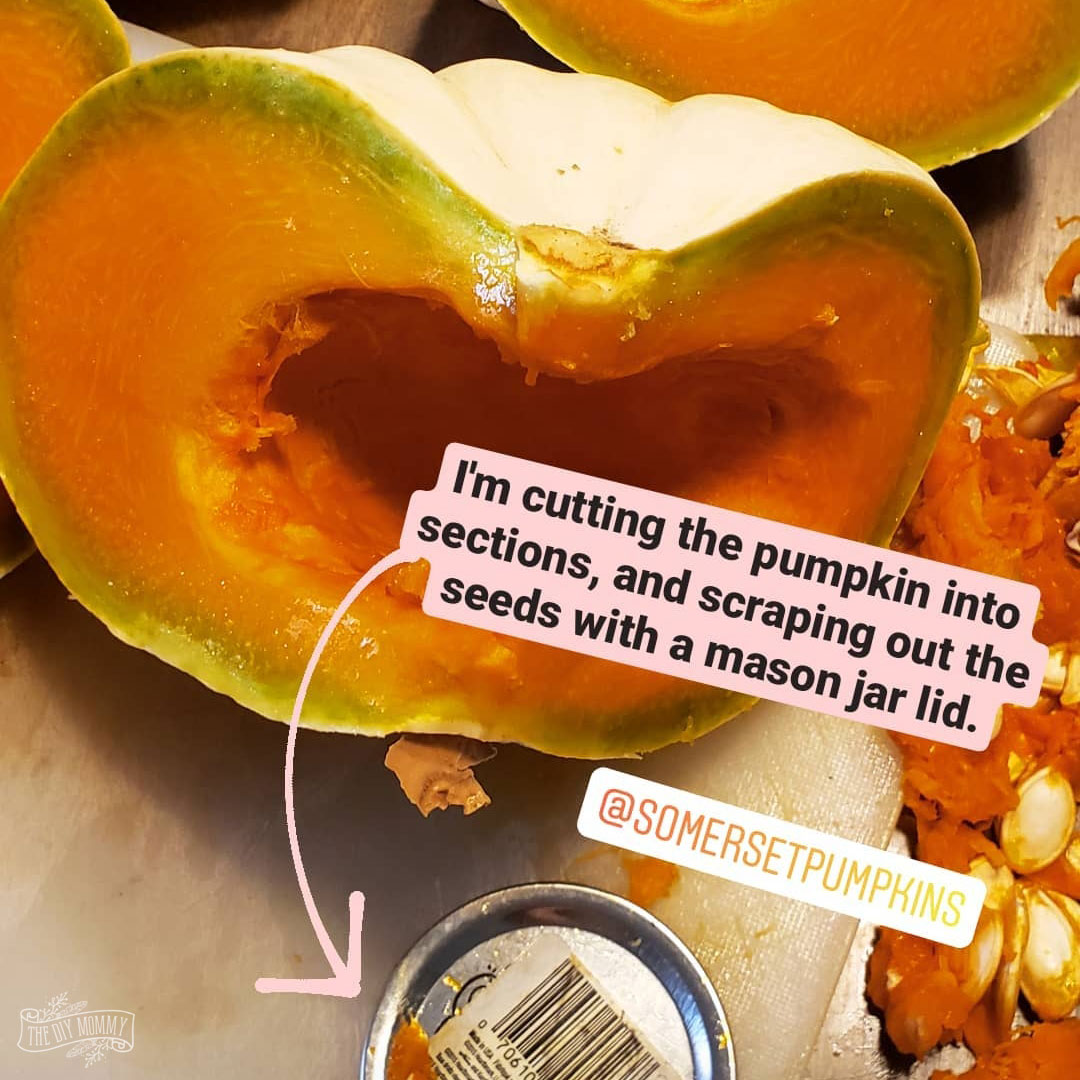 Then, simply place the pumpkin sections on a baking sheet lined with parchment paper and bake them at 400 F for about an hour. After the pumpkin has baked and it's soft, gently peel away the skin with a fork: 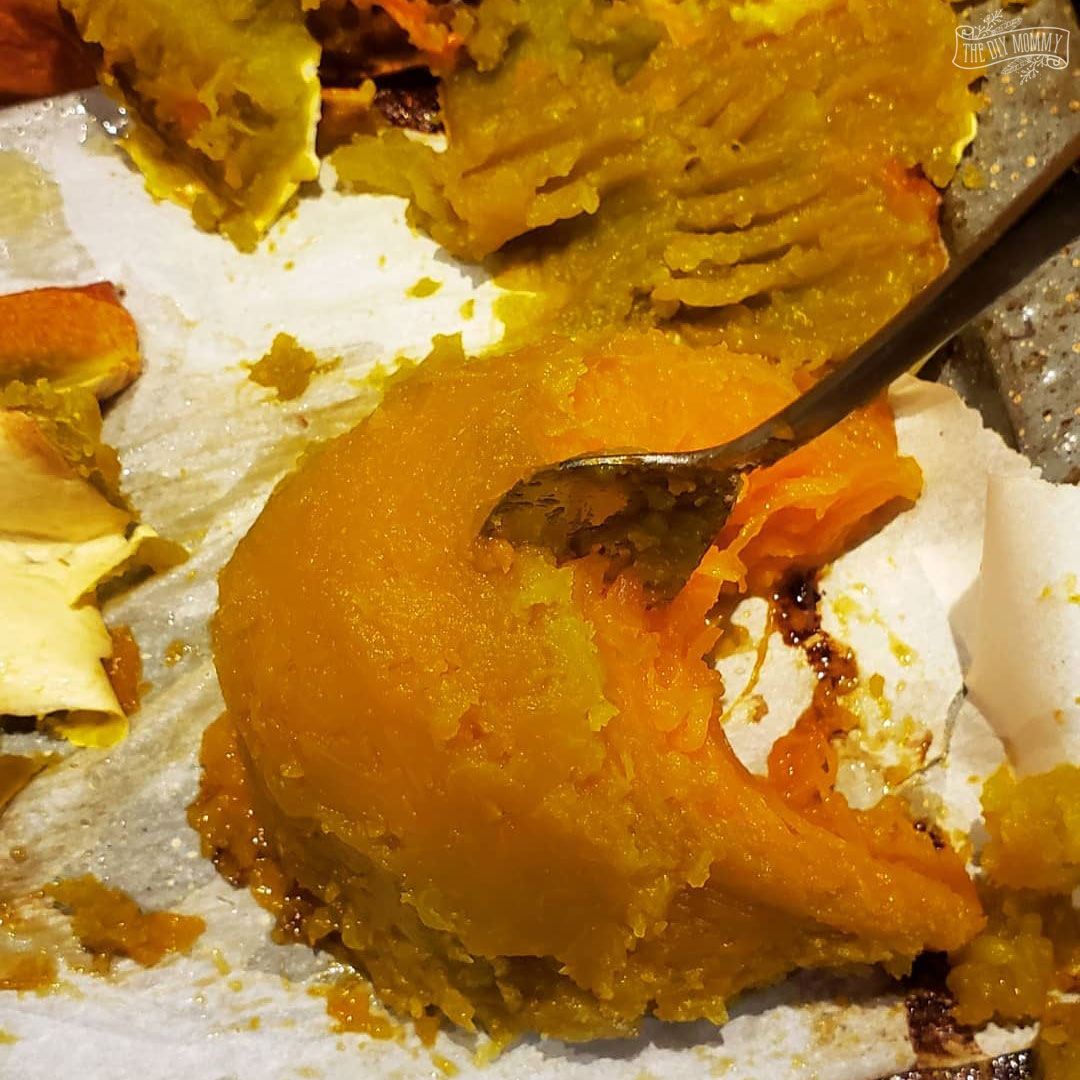 Finally, you can use a stand mixer to mix the pumpkin pieces into a smooth puree. So easy! 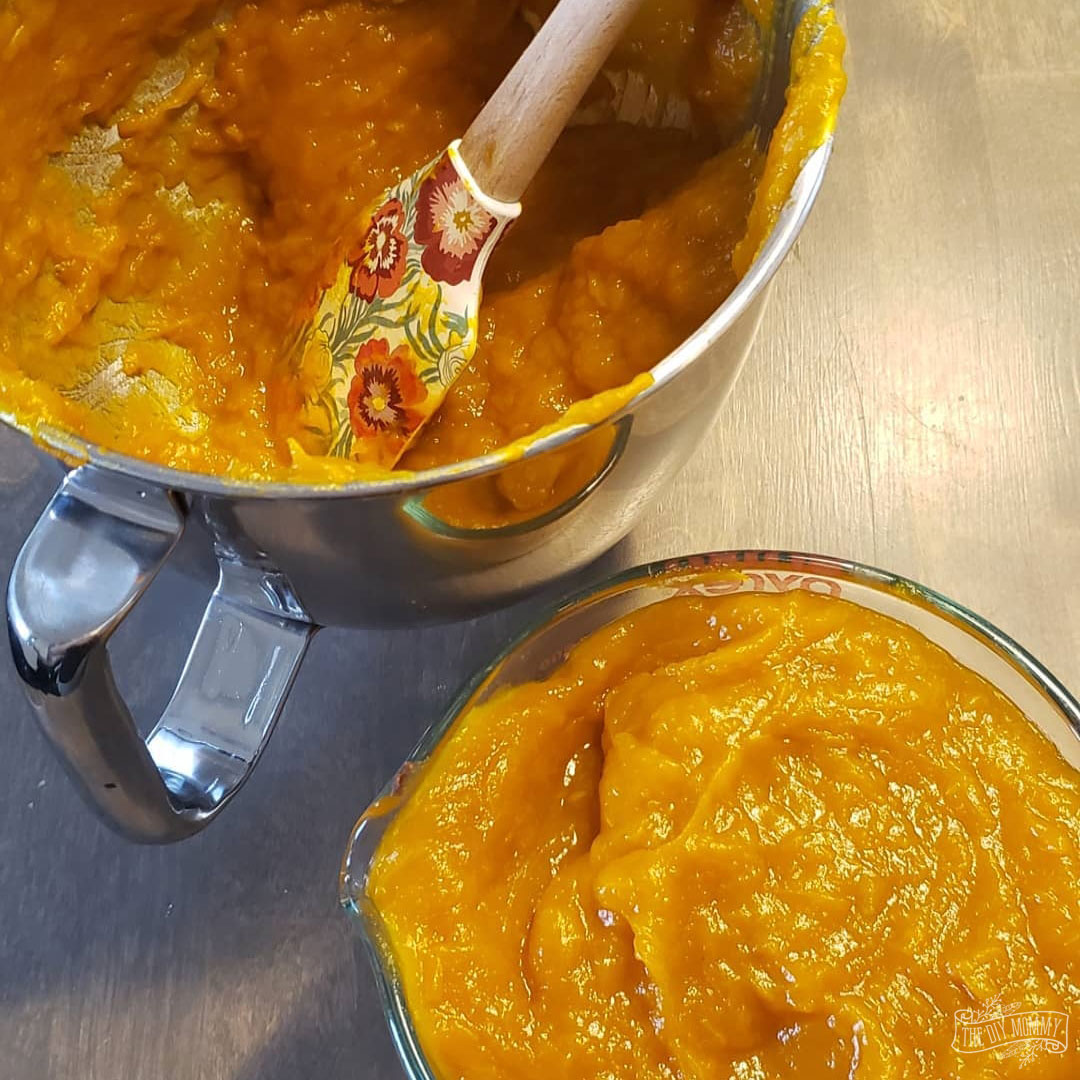 You can make extra filling to freeze for later, or create & freeze extra pumpkin puree to use in soups, drinks and more.

To prevent the crust from burning, wrap it in tin foil about halfway through baking.

To save more time, you can even prepare a mixture of pumpkin pie spice in advance. Then, you'll have it on hand for this recipe and others that you may want to make throughout the Fall and winter months. Find my easy DIY pumpkin pie spice recipe right here. 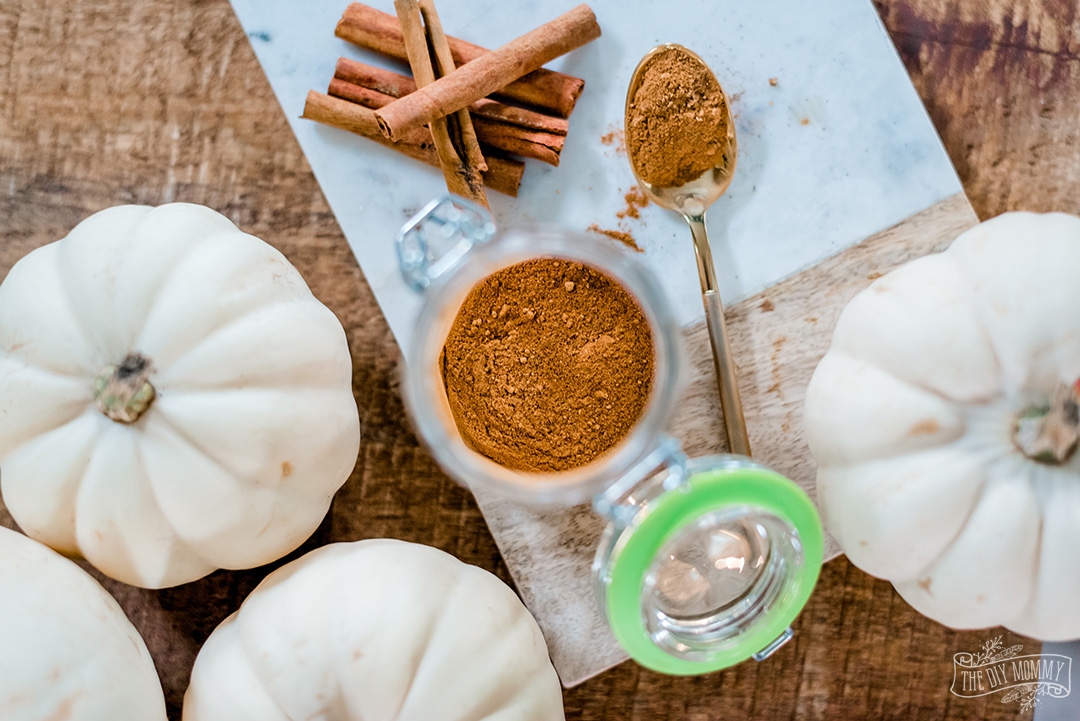 If you're using pre-made pumpkin pie spice instead of the individual spices in the above recipe, use 1 ½ Tablespoons.

Now it's time for more Fall recipe from my blogging friends!

Click on the links below to visit the blog posts with the recipe ideas.

The Most Amazing Pumpkin Sheet Cake - Twelve on Main

How To Make Pumpkin Pie From Scratch - The DIY Mommy